Another Exodus: Get Ye Out Of The Japan (Week 46 in Japan)

We have a special email this week, so it will be in a special format: scripture language. Here we go!

I, Joshua, having been born of goodly parents, and having been taught in the ways of righteousness, was commanded of the Lord to leave my home and family in the third year of the reign of the Trump, that I might serve His children in the land of Sapporo. For the space of ten months, I labored diligently among the Nihonites, who dwelt in that land, and received many blessings and saw many miracles. Though at times my gaze shifted to the wonders of the world around me, I did always repent and keep my single to the work of the Lord.
And it came to pass, at the end of the third month of the fourth year, the Lord came unto the prophet in Utah, saying that His servants in the lands of Japan must speedily return to their respective homes. My brethren and sistren and I were exceedingly sorrowful, so that many of them watered their pillows with their tears in the night. Nevertheless, we took strength in our faith in the Lord and prepared ourselves that we might be ready to depart in the vessels that would be sent, filling our suitcases with our coats and our books and all manner of things that we desired to bring with us, such that they were filled near unto bursting, but they did not burst, for they were made to endure, and were tight like unto a dish. Yea, having all our belongings ready to depart, we await the call of the captain to return home.
I, Joshua, will soon depart from Sapporo, the land of the people I love. Though I have not been granted that I may see what the future holds for me, I know that the Lord will have use of me wherever He may send me to go.
And now, I write a few words unto the people who will receive this record. I would that ye would remember that God governs all things, both on the earth and in the heavens, and that no earthquakes, no plagues, no wars, yea, not any unhallowed thing can frustrate the plan that He prepared from the beginning of the world. Peace be unto thee, my brethren and sistren, and remember that God is God, and that He knows the thoughts of thine hearts, and thine trials, and thine sufferings, and He will not leave thou comfortless. With these few words, I leave you, in the name of our savior, Jesus Christ. Amen. 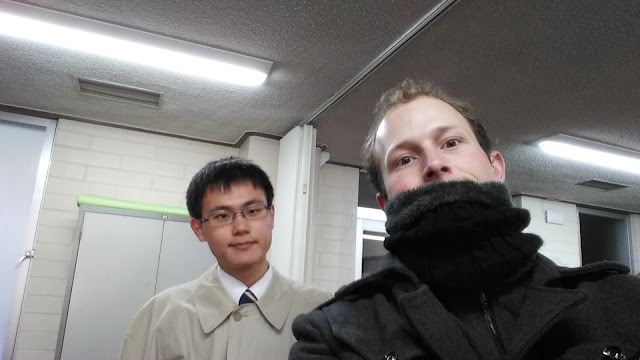